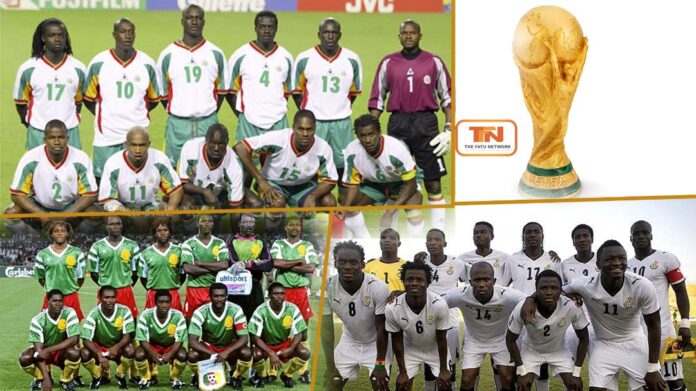 World Cup: Can Africa go a step further in Qatar?

The 2022 FIFA World Cup, which is the 22nd edition and the first to be held in the Arab World, commences today, November 20 in Qatar.

Africa has 5 representatives in Qatar that will be looking to etch their names into the World Cup’s illustrious folklore — and despite notable absents, the continent is armoured with countries with the very best history in the tournament among African teams: Cameroon, Senegal, and Ghana have all reached a World Cup Quarter Final, which is the apex of Africa’s World Cup story. No African team has gone beyond the QF stage.

The two other African sides, Tunisia and Morocco, do not have as much glittering success as the others but they do look strong this year. Tunisia has never made it out of the group stages while Morocco has gone past the group stages just once in their history, although as group winners, the first African national team to do so.

Many football pundits around the globe are predicting African sides to spring an upset at this year’s tournament, with many believing an African team will make the top 4. Africa has three big chances to rewrite history, and this is by finishing top 4, top 2, or by coming home with the trophy. So, can Africa go a step further in Qatar? Here are Africa’s best success stories at the WC:

Cameroon: The nation made history at the 1990 World Cup by becoming the first African Quarter-Finalist. They played against Argentina, Romania, and Colombia en route to the Quarter Finals. Their game against England was a match to remember, both for English media and fans.

Senegal: A World Cup to remember for the Teranga Lions. Senegal stunned holders France and the tournament’s favourite in the 2002 match-up by beating them. Senegal dispatched some big nations on their way to the Quarter Finals. They were sadly knocked out by Turkey.

Ghana: 2010 was a sensational World Cup for the Black Stars. Ghana defeated the United States in the round of 16 before losing to Uruguay in a penalty shootout in the Quater Final. Suarez’s handball gave Ghana the chance to reach the Semi-Final but star forward Asamoah Gyan fluffed it, and they agonizingly came short in the penalty shootout.