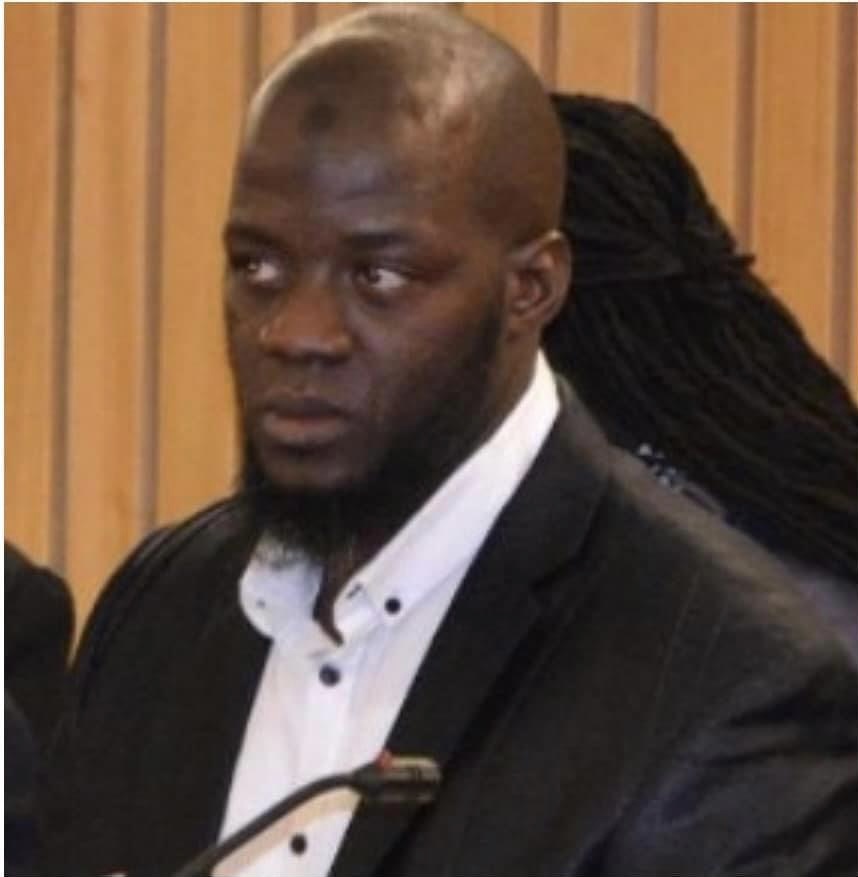 DLEAG Calls For “Stringent Measures” Be Taken Against Drug Traffickers

The Gambia Drug Law Enforcement Agency- The Gambia (DLEAG) has called on the justice system to take ‘stringent measures’ against convicted drug traffickers to deter others.

The DLEAG spokesperson Ousman Saidybah made the call in an interview with journalists at the DLEAG office in New Yundum earlier Tuesday on the recent arrest of one Lamin Jarju on suspicion of drug trafficking.

Mr. Jarju was convicted of drug offences and is currently on court bail for a related crime, according to DLEAG.

“Presently, he (Lamin Jarju) has a case that is ongoing in Court, for endangering road users, and the public, by failing to stop at the checkpoint. This is his modus operandi. Whenever he goes for his stuff, when he is coming, he does not stop at the checkpoint. When you try to stop him, he does not stop and he can drive at full speed. That matter is ongoing in Court, but prior to that, he has had so many other encounters,” he said.

The DLEAG spokesperson said on 22nd May the suspected drug trafficker was arrested around Kololi Tavern, taken to court, and pleaded guilty to the charge.

He added that in February, another suspect about 19 years old was arrested trafficking suspected drugs with the same vehicle Jarju was previously arrested with, arraigned and convicted.

However, Saidybah said that the vehicle was not forfeited to the state as Jarju claimed that he was not aware that the young boy used his vehicle for any criminal activity.

“In October 2020, he was involved in another case. So the frustration is, most of the time when they go to court, they are fined D70, 000, D120, 000 and in two different payments. You can see right now, he is going to Court on bail and he is involved in this particular matter. This (fines) does not deter them. There is one thing to arrest people because, at the end of the day, our finished product becomes a raw material at the Court,” Saidybah told Journalists.

He continued that DLEAG believes that the case history of an individual, especially someone who has appeared in Court and pleaded guilty- who is not a first-time offender, and most of the time he is not arrested with raps, but bundles; should not be asked to pay D80, 000; when Section 43 of the Drug Control Act which is very clear for trafficking cases, imposes a payment of D1 million, and a mandatory jail term of 10 years.

The DLEAG spokesperson said conviction on trafficking cases of about 50 bundles, 75 bundles, and other types of drugs attract a D1 Million fine and a mandatory jail term of 10 years, as per section 43 of the Drug Control Act (DCA).

He said the justice system uses alternative sentencing guidelines (Criminal Procedure Code, or others) to fine convicts of the mentioned crimes D80, 000, D70, 000, which is not going to help the situation.

“We are not talking about the abusers; we are talking about traffickers and notorious traffickers. So, the person’s history is also very important. Because otherwise at the end of the day, the public would lose confidence in us, and they would lose confidence in the Criminal Justice System. Therefore, it is very important that these are factored. People like Lamin Jarju,  if they keep on going to the Criminal Justice System in and out, at the end of the day, they take it as a joke and others are there observing,” he suggested.

Saidybah said everyone is complaining about the situation, but the best way to improve it is to ensure that there are ‘stringent measures’, especially on drug traffickers.

“You (Justice System) should criminalise it,” he suggested.

He continued that when it comes to the drug demand reduction, his institution sees that as a public health problem; noting that the users and abusers should be offered access to treatment.

The DLEAG officer acknowledged the lack of specialised treatment facilities in the country, for drug users and abusers.

Saidybah re-echoed that when people appear in Court, the court should look at their case, which could help to determine whether the person is a problem to society, or is causing harm to society, and that the best way is to get him away from the society.

“We know that yes, to incarcerate people is not just to lock them up, but to reform, rehabilitate, and integrate them back into society. What we are saying is that, it gives a wrong impression when notorious criminals and notorious traffickers are arrested. They are in the system, and yes, we know that they should be presumed innocent, but now we are talking about someone (Lamin Jarju) who has pleaded guilty, not on one occasion, not on two occasions, and not on three occasions. This is a different matter, when such a person appears; I think such previous cases should be taken into consideration,” he stressed.

The officer revealed the frustration of the Drug Law Enforcement Agency- The Gambia on their analysis of the punishment handed in such situations.

“What I’m trying to say is to bring out our frustration because they (the Justice System) understand their legal context within, which they based it. But I am also looking at it from a different perspective. From the perspective of a layman on the street, who may not understand the legal premise, or foundation you have used to arrive at that conclusion. What a layman sees is, this person was in yesterday and is out tomorrow. Even when it comes to bail, you cannot detain someone beyond 72 hours, illegality cannot give validity, (and) otherwise you will be violating his or her rights. If you do so, that can affect your case at the Court level. But how does the layman view that?” Saidybah asked.

DLEAG said it is important for prosecutors to raise the person’s case history, when cases like this come up.

“The Magistrate or whoever is presiding over the case should look at this (case history), otherwise it becomes a mockery,” he suggested.

Prior to this development, Lamin Jarju (Lamin Sarjo) was charged and arraigned on three counts at the Kanifing Magistrates’ Court, Foroyaa reported on 31st May 2022.

He pleaded guilty to the charges and was sentenced, then fined D75, 000.00 for each of the 2 counts, or serve two years concurrent imprisonment terms with hard labour, in default.